URC 2018: From Horror Films to Amendment Rights in the Digital Age 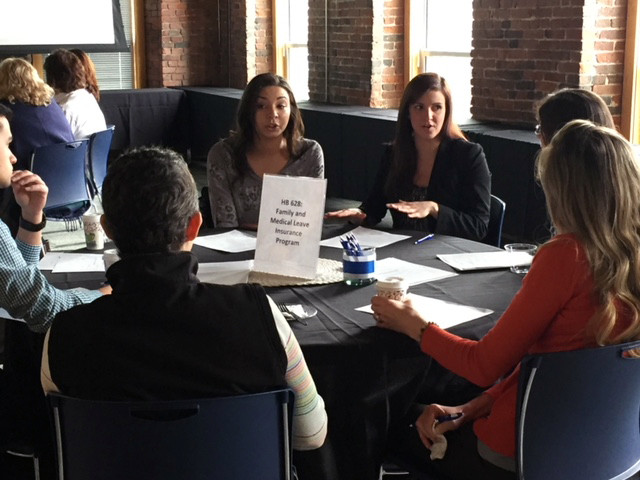 Among those students were Nicholas Sammartino '18, a history major, whose presentation delved into the relationship between policy and drug use in the U.S. and Portugal, while communication arts major Caroline Consoli '18 shared her research into facing fears through horror films.

During the URC’s “Present and Defend” session, students in the New Hampshire Politics in Action course debated controversial legislative bills. Each student was assigned to either advocate for or against a particular bill and had 10 minutes to defend their position.

Audience participation made the session all the more interesting, requiring each student to clearly articulate their positions on the issues.

The URC continues this week with poster presentations on Wednesday and Cinema Arts Day on Thursday.