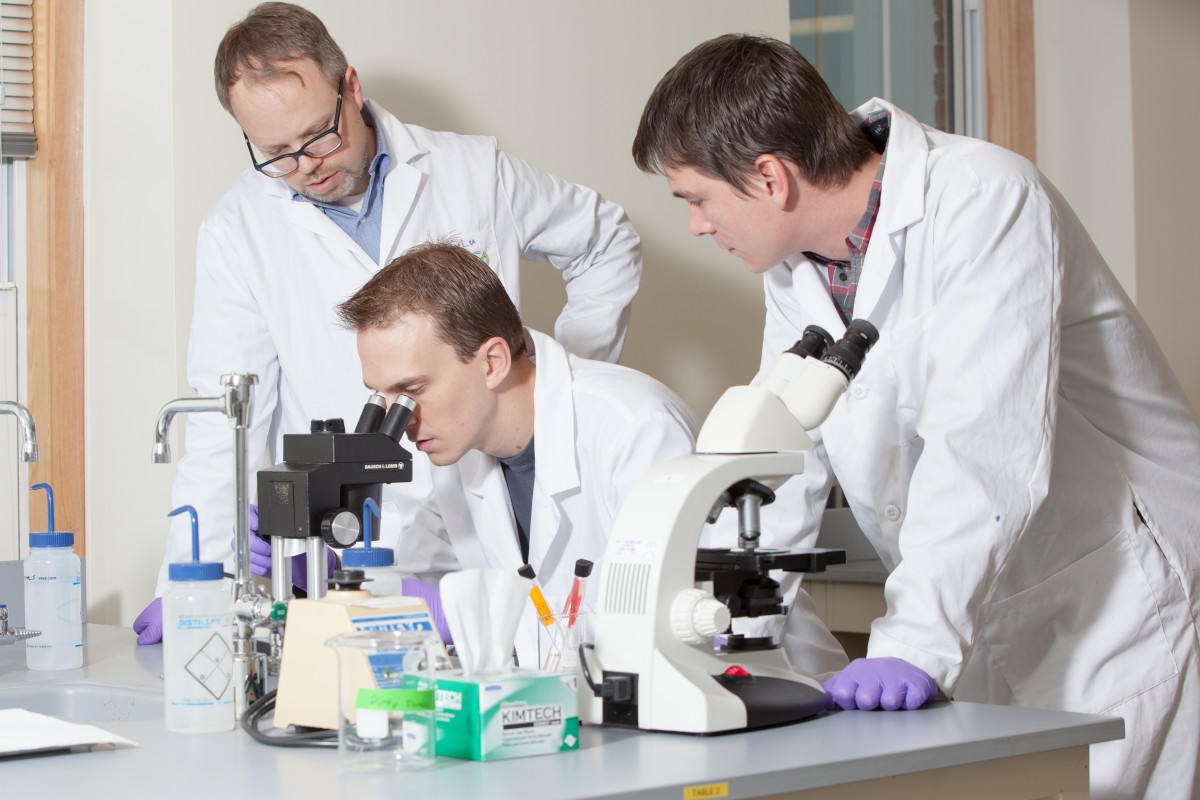 Since joining the UNH Manchester faculty in 2014, Dr. Kyle MacLea has made it his mission to give students research experience in areas that interest them. A member of the Council on Undergraduate Research and the Genome Consortium for Active Teaching, MacLea focuses on allowing students to pursue experiments that reflect their individual career goals and scientific curiosity, inside and outside the classroom.

MacLea, assistant professor of biological sciences and biotechnology, knew he wanted a career in the sciences since he was a student at Londonderry High School. After graduating in 1993, he enrolled at Cornell University to study biology. During his time at Cornell, he interned at the Londonderry-based Diatide Research Laboratories, where he studied short peptide agents used to screen for human diseases. That sparked his interest in biotechnology and led him to a research position at the Cornell pharmacology lab. That experience led him to the pharmacology and toxicology department at Dartmouth College, where he later earned his Ph.D.

Working in the lab at Dartmouth College sparked MacLea’s interest in working with students on research and inspired his experiential learning-focused teaching philosophy. MacLea teaches courses in the areas of molecular biology and microbiology at UNH Manchester, and he was integral to the development of the college’s biotechnology program.

In addition to teaching, MacLea is an active researcher of prions and amyloids in yeast and human disease, microbial genetics and the biology of molting and limb regeneration in decapod crustaceans such as crabs, lobsters and crayfish.

I love being able to show students real scientific discovery in the classroom and in the lab.  And then I love when students turn around and make their own discoveries.

There are so many.  I remember walking into the microbiology lab for the first time as a UNH faculty member when we were still at 400 Commercial Street. The lab was a little awkward with long rows of student workstations and not enough room to maneuver between seats, but it was focused on just my area of expertise, and I was going to have the privilege of being the one to teach my first group of students their microbiology foundational skills. It never gets old!

Running, hiking and chasing my three children 5 and under around!

I would love to have a species of bacterium named after me.  Actually, most of you would probably NOT be surprised to know that.

Too many to list.  I’ll give you four from different areas…George Washington, Jesus, Louis Pasteur and Charles Darwin.

First a firefighter, and then, an entomologist!