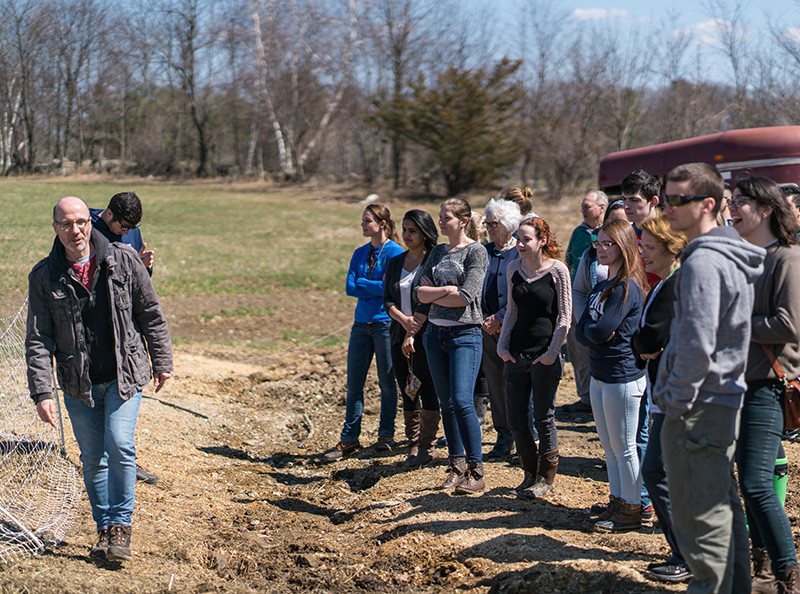 Since joining the faculty in 2015, Dr. Stephen Pimpare has inspired students with his passion and expertise on American politics and public policy. Pimpare was integral in the creation of the Public Service and Nonprofit Leadership program, which prepares students with real-world experience and service learning in government, law, nonprofit organizations and more. In addition to teaching, Pimpare is the director of the college’s Center for Community Engagement and Experiential Learning and a fellow at UNH’s Carsey School of Public Policy.

Prior to joining UNH, Pimpare served as a senior-level administrator for anti-hunger organizations in New York City and taught at the City University of New York, New York University and Columbia University.

Outside of the traditional classroom, Pimpare has also designed and taught online courses and seminars on poverty in the U.S. for the AmeriCorps VISTA program and the Silver School of Social Work at NYU. Pimpare is also host of the New Books Network’s Public Policy Channel and a consulting editor for the journal Social Work.

His second book, A People's History of Poverty in America, received the Michael Harrington Award from the American Political Science Association “for demonstrating how scholarship can be used in the struggle for a better world.” His latest book, Ghettos, Tramps, and Welfare Queens: Down & Out on the Silver Screen, is a history of poverty and homelessness in the movies.

It’s the boring answer, but it’s the honest one – our students are amazing. In part because so many have so many responsibilities beyond their school work, there’s a seriousness of purpose that I really appreciate.

I interviewed on campus before the current building’s renovation was complete and got to see even more of the bones of this old mill. One of the first papers I wrote as a grad student was a labor history of Lowell, and Manchester shares a lot of that history. It continues to feel special to work in a place that still has echoes of that past.

Any spare time is typically spent reading or writing, but I do love to cook.

An extended camping trip through most of the national parks in Southern Utah. I think it may be the most beautiful place in the country.

Well, the things that would really surprise you I won’t reveal. But you might be a little surprised to learn that I trained to be an actor at the Juilliard School.

If we’re going to talk social policy, then Jane Addams (a founder of the US Settlement House movement), Frances Perkins (Labor Secretary under FDR and an architect of Social Security), and Johnnie Tillmon (director of the National Welfare Rights Organization).

I had an extended fireman phase (which is what much of my mother’s side of the family did and still does). And I still suspect that if someone offered me the chance to drop everything and start training to be an astronaut, I would do it. Although I think twice about this when I am reminded that there are no hot showers in space.