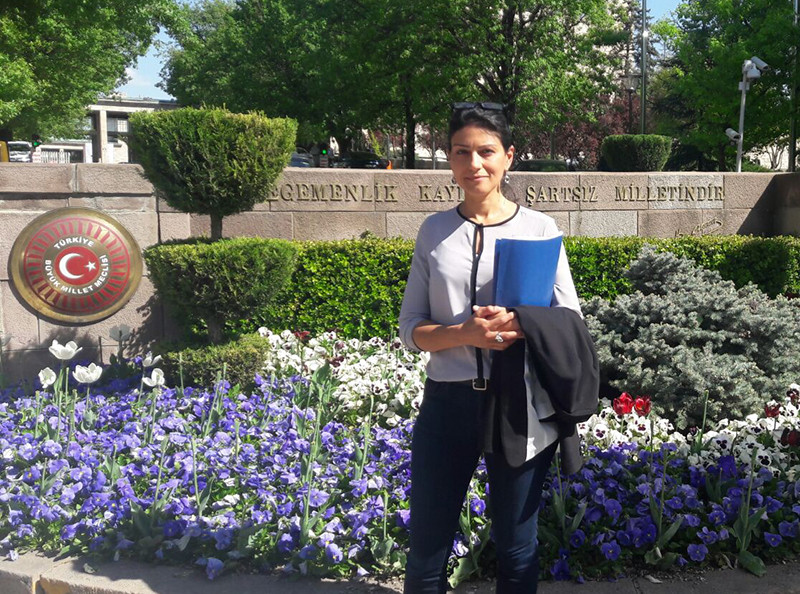 In her decade-long tenure at UNH Manchester, Dr. Melinda Negrón-Gonzales has transformed the way students approach social and political change. The enthusiasm and experience she brings to her role as associate professor of politics & society has garnered praise from students and faculty alike, earning her the UNH Excellence in Teaching award in 2013.

Negrón-Gonzales’ passion for international relations and humanitarianism not only inspires students—it’s also spurs impactful research. Her research has examined attempts by the international community and United Nations to prevent and respond to genocide, crimes against humanity and war crimes. She has also written about the international response to the humanitarian crisis in Syria and the Organization for Islamic Cooperation's response to ISIS terrorism in the Middle East and North Africa. Negrón-Gonzales was a Fulbright Scholar to Turkey in 2006, during which time she studied the social movements, civil society and democratization in Turkey.

Negrón-Gonzales’ most recent sabbatical brought her back to Turkey, where a militant group has waged a more than three-decade insurgency. For two and a half months, while the country was under a state of emergency rule, Negrón-Gonzales interviewed political leaders and activists in four Turkish cities. Her research addresses specific counterterrorism policies and actions that have resulted in egregious human rights violations, such as the use of torture, curfews and state of emergency rule. She also examined how civil society actors—human rights lawyers, activists, think tanks, etc.—have attempted, over the course of the entire conflict, to challenge these counter-terrorism policies and shape security policy more generally.

Negrón-Gonzales’ earned a Ph.D. in Political Science from the University of Florida and holds an M.A. in International Relations and B.A. in Anthropology.

My wonderful students and colleagues.

Being awarded the Faculty Excellence in Teaching award in 2013 and a six-week study abroad trip to Florence, Italy, with UNH students.

I have to pick just one?! Allow me, instead, to recommend a trip to my beloved Puerto Rico, which could really use your vacation dollars (the local economy was decimated by Hurricane Maria).

I love birds and reptiles, especially green iguanas. I’ve had three green iguanas, with my largest being five feet long. He had a dog leash, was potty-trained and liked to cuddle.

Which three famous people, living or dead, would you want at your fantasy dinner party?

A female version of Indiana Jones or a marine biologist.