Great Bay Grad Proves It's Never Too Late to Transfer

Alen Hasanic returns to the classroom after an eight-year break 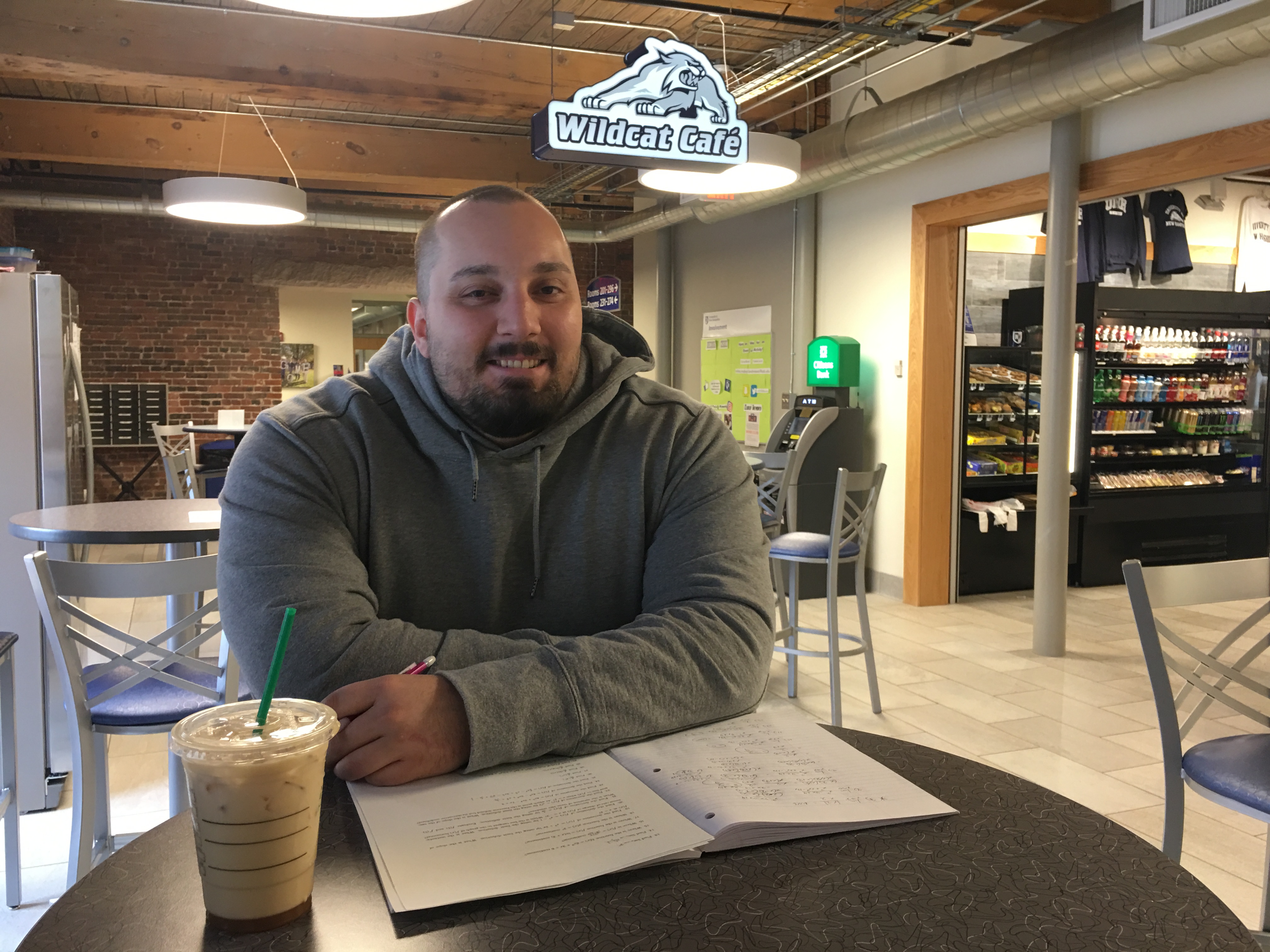 Born in Bosnia, when Alen Hasanic was young he and his family moved to Germany, then Texas, and in 2001, settled in Hooksett, N.H. He graduated from Manchester’s Central High School in 2008.

Hasanic admits that, though he did well in high school, as a senior he still wasn’t quite sure what he wanted to do when he grew up.

“With encouragement from a teacher, I took a biotechnology course as a senior and really liked it,” said Hasanic. “My teacher suggested I look at the biotech program at Great Bay Community College. I applied two weeks later and was accepted into the program.”

The program took three years to complete, during which he worked full-time doing tire and oil changes at a local Wal-Mart. He graduated with his associate degree in biotechnology and soon after went to work as a contractor in biotech companies conducting validation and compliance testing.

“I was literally changing tires and oil one day and working in biotech companies the next,” he joked.

Now, eight years after finishing his associate degree, Hasanic wants a bachelor’s degree to advance his career. He applied to the University of New Hampshire at Manchester and, with 63 credits transferring, he started as a first semester junior in January 2018 in the Biotechnology program.

“Even with the eight-year delay, the transition to UNH was easy,” said Hasanic. “The campus location is really nice, and the people were very friendly. Allison Marcotte in the admission office was extremely helpful during the transfer process.”

Hasanic looks forward to research opportunities during the next two years while at UNH Manchester.

“The labs look really nice, similar to the biotech companies I have worked at,” said Hasanic.

When he graduates, Hasanic hopes to advance to a managerial role in the biotech quality assurance field, which he's worked in for eight years.

Attending Great Bay or NHTI? Check out the pathways into our biotechnology program.